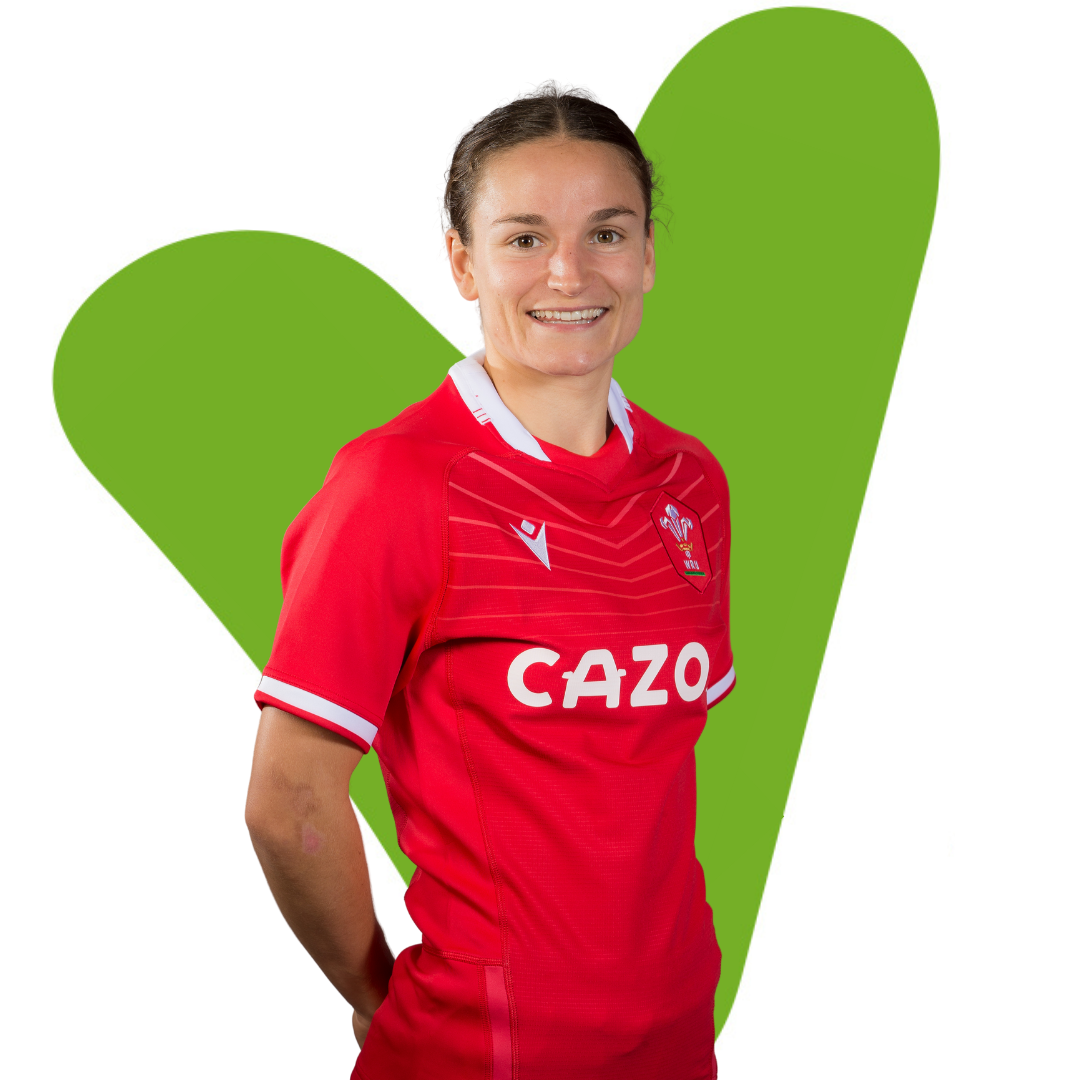 Jasmine Joyce is a Welsh rugby union player who plays wing for the Wales women’s national rugby union team, Team GB and Bristol Bears. Jasmine made her debut for the Wales national squad in 2017, and represented them at the 2021 Women’s Six Nations Championship before becoming one of the first women rugby players to receive a full-time contract with the WRU.

Jasmine became involved with Velindre Cancer Charity as part of the 2022 Wear Red campaign which saw a record number of schools engaging with the campaign. Jasmine continues to raise the awareness of Velindre Cancer Centre and support the Charity through a number of ways.